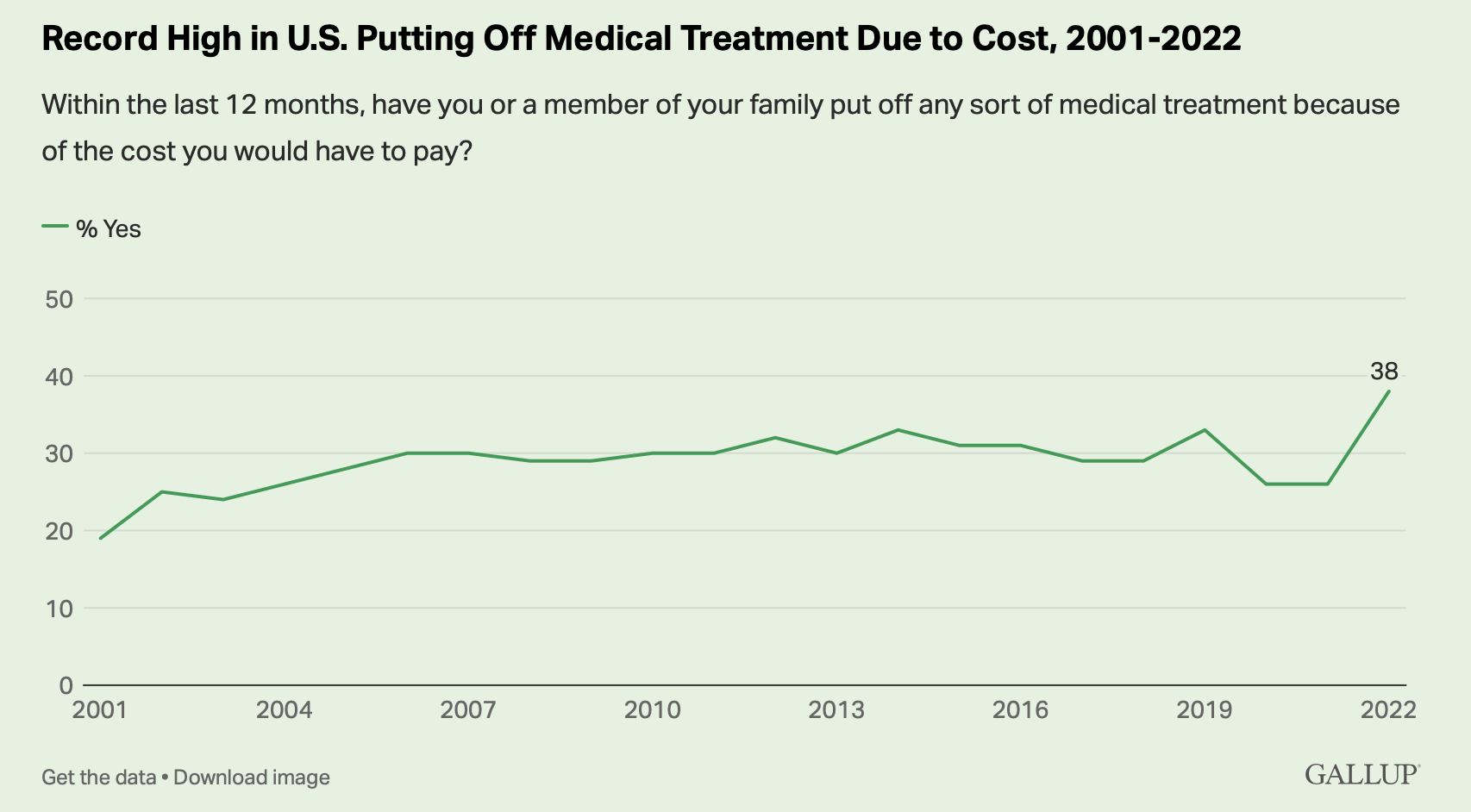 They pretend like there are no tradeoffs in life.

People have to make a decision between eating, paying rent, or going to the doctor.

With record inflation levels, this puts pressure on where to cut costs.

The not-so-subtle takeaway is that we need socialized medicine, as if inserting government further into the medical field will make things cheaper.

WASHINGTON, D.C. — The percentage of Americans reporting they or a family member postponed medical treatment in 2022 due to cost rose 12 points in one year, to 38%, the highest in Gallup’s 22-year trend.

Each year since 2001, Gallup has tracked Americans’ self-reports of delaying medical care in the past 12 months due to cost. The latest reading, from Gallup’s annual Health and Healthcare poll conducted Nov. 9-Dec. 2, is the highest by five points and marks the sharpest year-over-year increase to date.

This change came amid the highest inflation rate in the U.S. in more than 40 years, which made 2022 a challenging year for many Americans. A majority of U.S. adults have said inflation is creating at least a moderate hardship for them. The public continues to view the state of the U.S. economy negatively, and Americans were more likely to name inflation as the most important problem facing the U.S. in 2022 than at any time since 1984.

The latest double-digit increase in delaying medical treatment came on the heels of two consecutive 26% readings during the COVID-19 pandemic that were the lowest since 2004. The previous high point in the trend was 33% in 2014 and 2019. An average 29% of U.S. adults reported putting off medical treatment because of cost between 2001 and 2021.