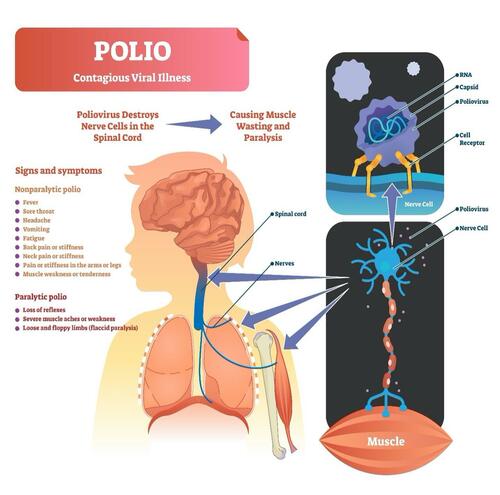 New York state health officials alerted Rockland County residents about a confirmed polio case on Thursday. The last naturally occurring case of polio in the U.S. was in 1979. Health officials believe this case might have originated from outside the U.S., which would be the first since 2013.

The New York State Department of Health (NYSDOH) and the Rockland County Department of Health advised hospitals in the state to be extra vigilant for additional cases. Polio is a viral disease and once the nation’s most feared sickness in the 1950s, which caused neurological symptoms, paralysis, or death and has been eradicated since 1979.

Polio Detected In New York, First US Case Since 2013 | ZeroHedge