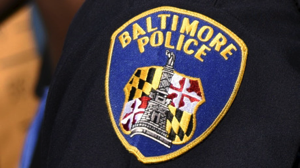 A high-ranking Baltimore police lieutenant, also the vice president of the police union, was suspended after sending an email to union members calling Black Lives Matter protesters “Thugs of Baltimore.”

Police Commissioner Kevin Davis suspended Lieutenant Victor Gearhart Monday morning after the email was sent to the entire police department using his official department account, according to the Baltimore Sun.

In an email obtained by WJZ, Lieutenant Gearhart, a 33-year veteran on the Baltimore police force, wrote to the Fraternal Order of Police (FOP).

“By now you have seen that the THUGS from Black Lives Matter and other similar groups have attempted to disrupt the State FOP Convention being held at the Hyatt Regency Hotel. Well today as check-in day with activities spread over the next 3 days so expect more bad behavior from the Thugs of Baltimore. On the bright side maybe they will stop killing each other while they are protesting us.”

The email came in the wake of 12 people being arrested during demonstrations at the opening of Maryland’s Fraternal Order of Police conference on Sunday afternoon.

Members of the Baltimore Bloc locked themselves together using PVC pipes and chained themselves to a railing. With signs reading “Abolish FOP” they blocked the escalator leading to the conference at the Hyatt. The incident marks the latest in a series of protests in recent weeks against police unions.

Baltimore Bloc and other activist groups said they were demanding “an end to racist policing practices and stop the institution that arms, pays and protects killer cops in our city, state, and nation.”