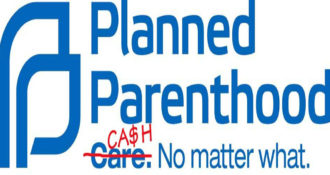 No more do states have the right to refuse to work with abortion companies. Christian News reports

The Obama administration finalized a rule on Wednesday that bans states from defunding family planning organizations such as Planned Parenthood because they abort unborn children.

“This rule will strengthen access to essential services like cancer screenings and contraception for some of the most vulnerable patients in this country,” Chief Medical Officer Karen Scott of the Office of the Assistant Secretary for Health, said in a statement. “Public comments showed overwhelming support for finalizing the rule, which clarifies that all organizations able to provide these services should be eligible to compete for funds.”

The White House is dressing this up as needed protection for women’s health care. But what this really comes down to is the federal protection of federal abortion funding. Christian News continues

“Reducing access to Title X services has many adverse effects. Title X services have a dramatic effect on the number of unintended pregnancies and births in the United States,” HHS said in September.“For example, services provided by Title X-funded sites helped prevent an estimated 1 million unintended pregnancies in 2010 which would have resulted in an estimated 501,000 unplanned births.”