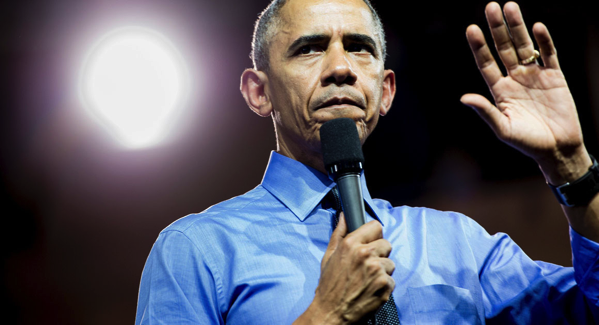 Obama will end his term as president trying to push through loads of new regulations via executive actions that Republicans are promising to reverse.

Federal agencies are rushing out a final volley of executive actions in the last two months of Barack Obama’s presidency, despite warnings from Republicans in Congress and the reality that Donald Trump will have the power to erase much of their handiwork after Jan. 20.

Regulations on commodities speculation, air pollution from the oil industry, doctors’ Medicare drug payments and high-skilled immigrant workers are among the rules moving through the pipeline as Obama’s administration grasps at one last chance to cement his legacy. So are regulations tightening states’ oversight of online colleges and protecting funding for Planned Parenthood.

Also moving ahead are negotiations on an investment treaty with China and decisions by the Education Department on whether to offer debt relief to students at defunct for-profit colleges. The Department of Transportation may also go ahead with a ban on cellphone calls on commercial flights and a rule requiring that most freight trains have at least two crew members on duty.

Some agencies are pulling back, fearful that Trump and the GOP-led Congress will use a seldom-invoked legislative tool to permanently wipe out their 11th-hour regulations. For example, the Interior Department has failed to release a long-awaited rule to protect streams from coal mining pollution — and indications are it might never issue it.

But other agencies have signaled full steam ahead despite the threat of Republicans consigning their work to oblivion, in a dynamic that will be crucial to deciding how much of Obama’s legacy survives the ascendant Trump era.

“As I’ve mentioned to you before, we’re running — not walking — through the finish line of President Obama’s presidency,” Environmental Protection Agency Administrator Gina McCarthy wrote agency employees the day after the Nov. 8 election. “Thank you for taking that run with me. I’m looking forward to all the progress that still lies ahead.”