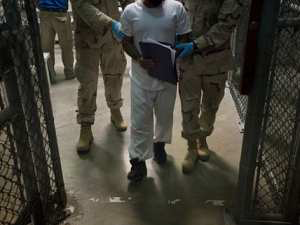 It seems unlikely that the Senate Intelligence Committee’s massive 6,700-page report on the CIA’s use of torture in interrogations will be declassified at some point during the remainder of President Barack Obama’s term. But in order to keep the reports from possibly being destroyed rather than released, the president will be saving a copy in his presidential archive.

There are legitimate fears the report will otherwise be destroyed (one copy of the report has already been “mistakenly” shredded). Though the heavily redacted 500 page executive summary of the report was released in 2014, interest in its contents lasted about a week and then the country moved on. It could very well be destroyed by an administration even more hostile to transparency than Obama’s with probably not a huge public backlash.

It’s a shame, really, particularly since President-elect Donald Trump has openly called for the return of waterboarding with likely no familiarity with the summary. When the summary of the report was released, it detailed how, in reality, the CIA often used waterboarding and torture not to gather information but to make sure there wasn’t any more information they hadn’t been told. The brutality of it, the fact that people were killed, and the reality that the CIA had even imprisoned the wrong people, is mostly culturally “lost,” even with the documents intact.

The White House’s move could keep the full report secret until 2028, but at least it will remain intact. Meanwhile, senators in the committee like Dianne Feinstein (D-California) and Ron Wyden (D-Oregon) say they’re going to continue to push for the study to be declassified now.

Read more about Obama’s move here. Keep in mind that while Trump has openly supported waterboarding, he has selected a secretary of Defense, Gen. James Mattis, who opposes the use of torture. Mattis may have convinced Trump to reverse his stance. But as with every position Trump has taken (and to think of it, any president), what he actually does in office is going to be more telling than what he says in any given news cycle.