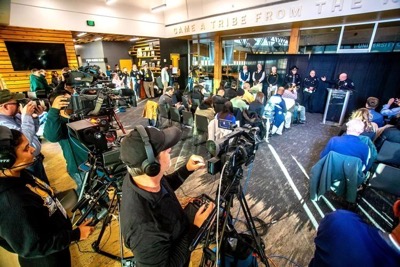 The Moscow Police Department held a news conference this afternoon to provide an update into its investigation of the murders of University of Idaho students Ethan Chapin, Xana Kernodle, Madison Mogen and Kaylee Goncalves.

No suspects have been arrested and the murder weapon hasn’t been found. Not many new details about the case were provided. Here were some of the notable statements: