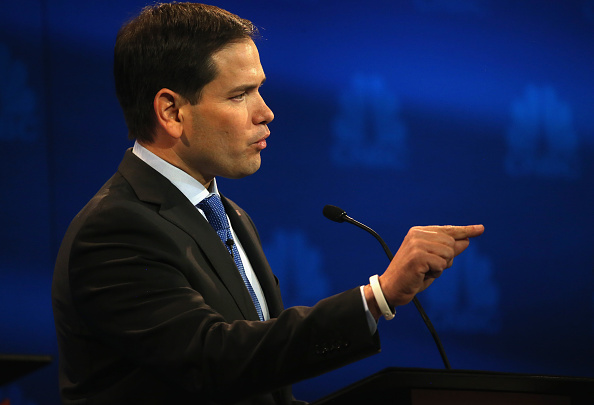 From Chicks on the Right:

In the wake of Fidel Castro’s death, President Obama released the following statement:

Obama seems to have forgotten what a heinously evil man Fidel Castro actually was. Because of course he did. Marco Rubio didn’t forget though, and SLAMMED our weak president with the following retort:

President Obama issued a pathetic statement on death of dictator #FidelCastro with no mention of thousands he killed & imprisoned. #Cuba

He later went on to say on FOX & Friends Weekend “If you send a representative of the Obama Administration and the U.S. government to that funeral you are sending someone to the funeral of a man who ordered the execution of Americans.”

I know not everyone is a huge fan of Rubio’s, but you have to hand it to the man. I am so tired of weak politicians saying whatever they need to say to get ahead. Rubio said what we were all thinking, and didn’t let smooth-talking Barry get himself out of this without ruffling any feathers. Absolutely pathetic.