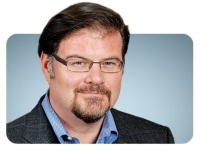 Fake news is bad — unless it supports your own agenda. There’s too much here to highlight. Read the whole thing. Via Jonah Goldberg:

Here’s a paradox for you. Whenever there’s a terrorist attack, the immediate response from government officials and the media is: “Let’s not jump to conclusions.” Yet when there are breaking reports that Muslim or Arab Americans were allegedly victimized by bigots in some hate crime, the response is instant credulity, outrage and hand-wringing.

This doesn’t really even scratch the surface of the double standard. When there’s a terrorist incident, there’s deep skepticism at every stage of the unfolding story. At first we’re told there’s no evidence that the attack is terror-related. Then, when reports come in that a shooter shouted “Allahu akbar!” or has an Arabic name, we’re assured there’s no evidence that the shooter is tied to any international terror groups. Days go by with talking heads fretting about “self-radicalization,” “homegrown terror,” and “lone wolves.” This narrative lingers even as the killer’s Facebook posts declaring allegiance to ISIS emerge.

Now, truth be told, I think some of this skepticism is understandable. Often, the media and the pundit class on the left and right are too eager to win the race to be wrong first. It’s perfectly proper to not want to get ahead of the facts.

More annoying is the Obama administration’s studied practice of slow-walking any admission that the war on terror isn’t over, but at least it’s understandable. President Barack Obama came into office wanting to end wars and convince Americans that terrorism isn’t such a big deal. It seems to be a sincere belief. It took Obama six years to admit that the shooting at Fort Hood was terrorism and not “workplace violence.”

Regardless, my point here is that I can understand why politicians and the media want to be skeptical about breaking news events and even why they try to frame those events in ways that fit a political agenda.

The best defense of that agenda isn’t the sorry effort to pad the legacy of our Nobel Peace Prize-winning president. It’s the desire to err on the side of caution when it comes to stigmatizing law-abiding and patriotic Muslims with the stain of acts of terror in the name of their religion. The media don’t want to give credence to the idea that all Muslims are terrorists, not least because that attitude will only serve to radicalize more Muslims.

And that brings me back to the media’s instant credulity for stories of anti-Muslim bias. According to the FBI, in every year since the 9/11 attacks, there have been more — a lot more — anti-Jewish hate crimes than anti-Muslim ones. Which have you heard about more: the anti-Jewish backlash or the anti-Muslim backlash?

Amazingly, the “experts fear an anti-Muslim backlash” stories keep popping up after every Islamic terror attack, despite the fact that the backlash never arrives. To be sure, there have been hateful and deplorable acts against Muslims. But evidence of a true national climate of intimidation and bigotry has always been lacking.

What has not been lacking is evidence that many activists want to convince Americans that such a climate exists. This effort has been old hat for the media-savvy spokesmen of the Council on American Islamic Relations for years. But since Donald Trump’s election, there has been an explosion of freelance anti-Muslim hate-cime hoaxes. A Muslim girl fabricated an attack by three Trump supporters on a New York subway. A young man pulled a similar stunt on a Delta flight last week. False fraud claims by Asian and Hispanic students at various universities have popped up as well.

The media, still in the throes of anti-Trump panic, have been quick to credit these hoaxes and grudging in clearing the air when they’ve been debunked. It’s time the media applied at least the same level of skepticism that they reserve for real terror attacks to fake hate crimes. Why? First, because their job is to report the facts. Second, because if they’re really concerned about not alienating or radicalizing American Muslims, they shouldn’t hype the propaganda efforts of the idiots who are doing exactly that.