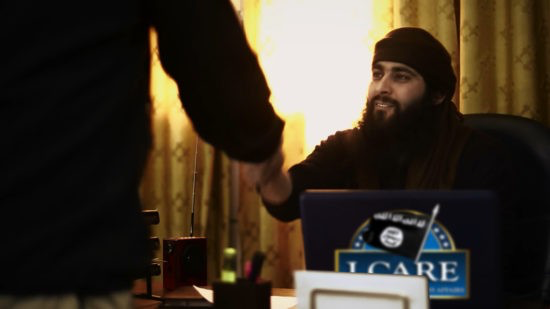 Yes, it’s satire. As a retired military member, it’s painful satire. Anyone who’s had to deal with VA medical care knows that this is where ObamaCare is taking us.

RAQQA, Syria – Inspired by widespread reports of the Department of Veterans Affairs’ kill count, ISIS leader Abu Bakr al-Baghdadi is looking to use some of the VA’s tactics against the terror group’s enemies, sources say.

“They’ve killed over 300,000 of their own people in the last few years! Those mighty warriors at the VA will surely have many virgins in Janna!” Baghdadi said. “If we can do the same thing to them, we’ll really teach that new pussy-grabber president a lesson.”

“I’ve heard reports the VA denied medical treatment to their own vets with brain cancer, that was OBVIOUSLY caused by their military service! And don’t even get me started on them infecting people with HIV,” Hassan Hassan, an ISIS fighter who severs the heads of those he kills on the battlefield, told reporters. “I mean, man, that’s f***ed up.”

Baghdadi launched the new tactical offensive by implementing an impenetrable barrier of paperwork for US service members seeking combat in an ISIS-run territory or facility. It can now take more than a year for troops to see an ISIS professional in person.

“All I wanted to do was get over to Iraq and blow the shit out of some of those ISIS bastards, but they said I had to first demonstrate my status as an infidel by presenting three signed copies of my enlistment paperwork,” complained Marine Gunnery Sgt. Dan Rogers. “When I finally did that, they said it had to be notarized, and when I resubmitted it, they said they lost it, and I had to start again! I almost killed myself out of frustration.”

Such a response was ISIS’ goal, insiders say. The terrorist organization will also deny advanced or special operations combat to US troops without a referral and a second opinion demonstrating that they really need such combat.

US service members are now being warned in pre-deployment and in-theater briefings about ISIS’ use of VA tactics, with US Central Command’s Gen. Joseph Votel warning, “Our only hope at beating the ISIS-VA bureaucracy is to threaten their job security.”

The final step in ISIS’ plan is to establish a VA clinic to treat injured POWs, thereby finishing them off in mass numbers.