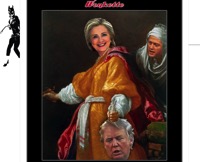 Image shows Clinton holding beheaded Donald based on story of Judith and Holofernes. Via Media Equalizer:

Feel like Election 2016 could use a bit more incivility? Well, then, we’ve got the T-shirt for you!

For a mere $27.68 a pop, the overtly pro-Hillary website Wonkette is peddling anti-Trump apparel, complete with Clinton holding The Donald’s severed head.

Luckily, there’s a historical reference to hide behind here, the story of Judith and Holofernes. Whether that will keep the Secret Service at bay is anyone’s guess.

Lovingly designed at Wonkette’s Missoula, Montana fashion studios, there’s no word on how many have sold since it became available a few days ago. Should they run out, however, there are plenty of other items on offer, including “Truck Fump” notebooks, mugs, pillows and of course, T-shirts.

For those who aren’t worried about Geraldo Rivera’s reaction, there is a hoodie version at the bargain price of $55.54. 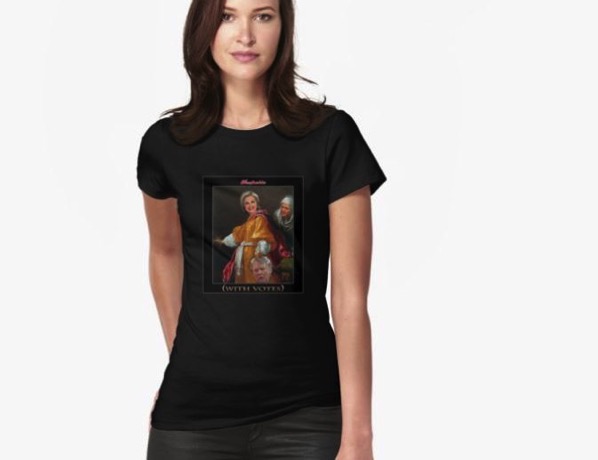