Wyoming, North Dakota and Mississippi are the most right-leaning states in the union, while Vermont, Massachusetts, Connecticut and New York are the most liberal.

Wyoming, North Dakota and Mississippi are the most right-leaning states in the nation, with self-identified conservatives in each state outnumbering self-identified liberals by more than 30 percentage points. Vermont is the most liberal state, with liberals outnumbering conservatives by 14 percentage points, followed by Massachusetts, Connecticut and New York. 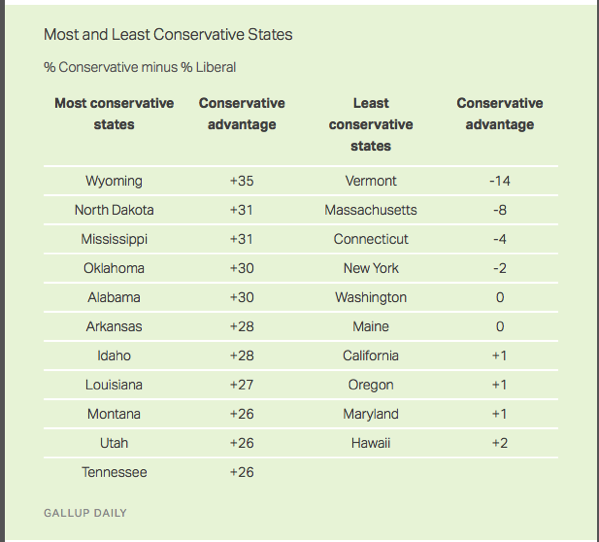