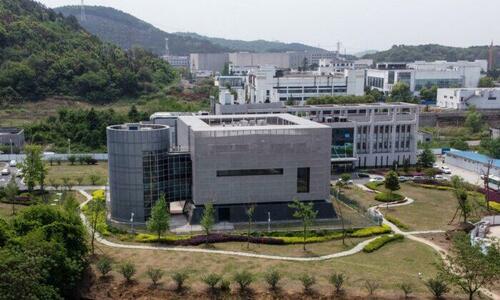 We will get the answer they want to give us.

The interest from the top U.S. intelligence agency adds to the international scrutiny on the Wuhan facility, which houses one of China’s highest-level biosecurity labs that has been considered a possible source of the COVID-19 pandemic.

“In preparation for our call on Tuesday, Erik [Stemmy] (cc’d) has provided responses to your initial questions below (also attached),” wrote Ashley Sanders, an investigation officer at the NIH’s division of program integriy, in an email (pdf) dated May 22, 2020 with the subject “Grant Questions – FBI Inquiry,” and directed to FBI agent David Miller.

The email was obtained by government transparency watchdog Judicial Watch through a Freedom of Information Act lawsuit, which asked for records of communications, contracts, and agreements with the Wuhan Institute of Virology (WIV).

The scope of the inquiry is unclear because the rest of the email correspondence, five pages in total, are entirely redacted. But the name of the email attachment “SF 424 AI110964-06 (received date 11/05/2018),” corresponds to the NIH grant “Understanding the Risk of Bat Coronavirus Emergence.”

The project in question is headed by Peter Daszak of EcoHealth Alliance, which then funnels money to the lab in Wuhan. From 2014 to 2019, the New York nonprofit received six yearly grants totaling $3,748,715 from the National Institute of Allergy and Infectious Diseases under the NIH to fund the project, which was expected to end in 2026.

The FBI inquiry had focused on at least two of the grants, in 2014 and 2019 respectively, the email subject line suggests.

The 2014grantaimed to “understand what factors increase the risk of the next CoV emerging in people by studying CoV diversity in a critical zoonotic reservoir (bats), at sites of high risk for emergence (wildlife markets) in an emerging disease hotspot (China),” according to the project description. Specifically, the researchers would assess the coronavirus spillover potential, develop predictive models of bat coronavirus emergence risk, and use virus infection experiments as well as “reverse genetics” to test the virus’s transmission between species.