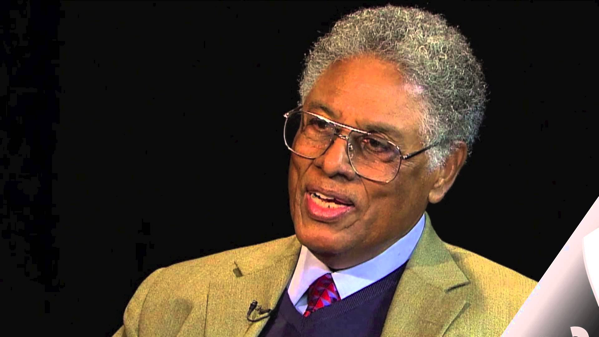 At age 86, Tom Sowell has decided to retire as a regular columnist. Sowell is one of my heroes — a brilliant economist and insightful columnist; I will miss reading his columns. This is his final column. Here are some highlights:

Looking back over the years, as old-timers are apt to do, I see huge changes, both for the better and for the worse.

In material things, there has been almost unbelievable progress. Most Americans did not have refrigerators back in 1930, when I was born. Television was little more than an experiment, and such things as air-conditioning or air travel were only for the very rich.

My own family did not have electricity or hot running water, in my early childhood, which was not unusual for blacks in the South in those days.

It is hard to convey to today’s generation the fear that the paralyzing disease of polio inspired, until vaccines put an abrupt end to its long reign of terror in the 1950s.

Most people living in officially defined poverty in the 21st century have things like cable television, microwave ovens and air-conditioning. Most Americans did not have such things, as late as the 1980s. People whom the intelligentsia continue to call the “have-nots” today have things that the “haves” did not have, just a generation ago.

In some other ways, however, there have been some serious retrogressions over the years. Politics, and especially citizens’ trust in their government, has gone way downhill.

Back in 1962, President John F. Kennedy, a man narrowly elected just two years earlier, came on television to tell the nation that he was taking us to the brink of nuclear war with the Soviet Union, because the Soviets had secretly built bases for nuclear missiles in Cuba, just 90 miles from America.

Most of us did not question what he did. He was President of the United States, and he knew things that the rest of us couldn’t know — and that was good enough for us. Fortunately, the Soviets backed down. But could any President today do anything like that and have the American people behind him?

Years of lying Presidents — Democrat Lyndon Johnson and Republican Richard Nixon, especially — destroyed not only their own credibility, but the credibility which the office itself once conferred. The loss of that credibility was a loss to the country, not just to the people holding that office in later years.

With all the advances of blacks over the years, nothing so brought home to me the social degeneration in black ghettoes like a visit to a Harlem high school some years ago.

When I looked out the window at the park across the street, I mentioned that, as a child, I used to walk my dog in that park. Looks of horror came over the students’ faces, at the thought of a kid going into the hell hole which that park had become in their time.

When I have mentioned sleeping out on a fire escape in Harlem during hot summer nights, before most people could afford air-conditioning, young people have looked at me like I was a man from Mars. But blacks and whites alike had been sleeping out on fire escapes in New York since the 19th century. They did not have to contend with gunshots flying around during the night.