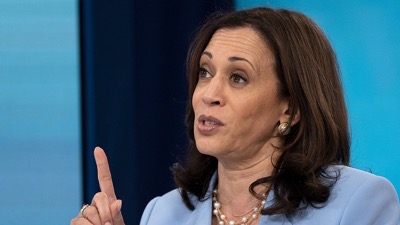 Democrats, including some Biden administration officials, are reportedly so concerned about Vice President Kamala Harris’missteps that they don’t believe she could beat a Republican in 2024 if she were to be the nominee — even if her opponent was former President Trump.

The vice president was widely panned by the right for her monthslong refusal to visit the southern border after she was designated to run point on the migrant surge.

One liberal operative told Axios that most Democrats aren’t saying, “‘Oh, no, our heir apparent is f—ing up, what are we gonna do?” but instead think “Oh, she’s f—ing up, maybe she shouldn’t be the heir apparent.'”