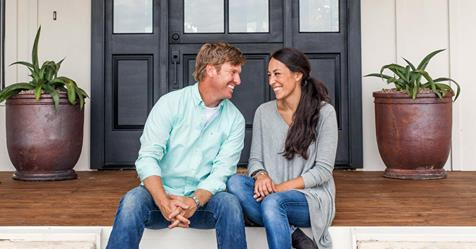 Chip and Joanna Gaines are famous and successful Christians, which means the Left must destroy them. That process began this week when multiple liberal outlets published reports “uncovering” the deep, dark secret that the Gaines family attends a church where the pastor preaches that homosexual activity is sinful. GASP.

Now, I have no idea if Chip and Joanna share that view, and they are under no obligation to announce it one way or another. But if they are devout Christians and they believe what the Bible says, then they believe what their pastor said. All Bible affirming Christians (and there really is no other type of Christian) believe this. The Left continues to be shocked and amazed by a belief system shared by literally billions of people across the globe and throughout history. They simply can’t believe and can’t tolerate the idea that some people hold views on sexual morality that differ from their own.

Well, after two thousand years of Christians consistently professing these doctrines, it’s about time Leftists get used to it. Yes, we believe that the homosexual act is a sin. We believe many other things too, and we aren’t going to change now just because it hurts your feelings.