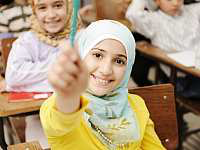 The French cannot have it both ways. They want to stop having kids and yet support their Welfare State. The only way to do that is by importing foreign labor.

Robert Menard, mayor of Bexiers, France, has been charged with incitement to hatred or discrimination after noting in a TV interview that 91 percent of the students in one class in his town are Muslim. “Obviously, this is a problem,” he said. Menard says he was simply describing the reality of life in his town.