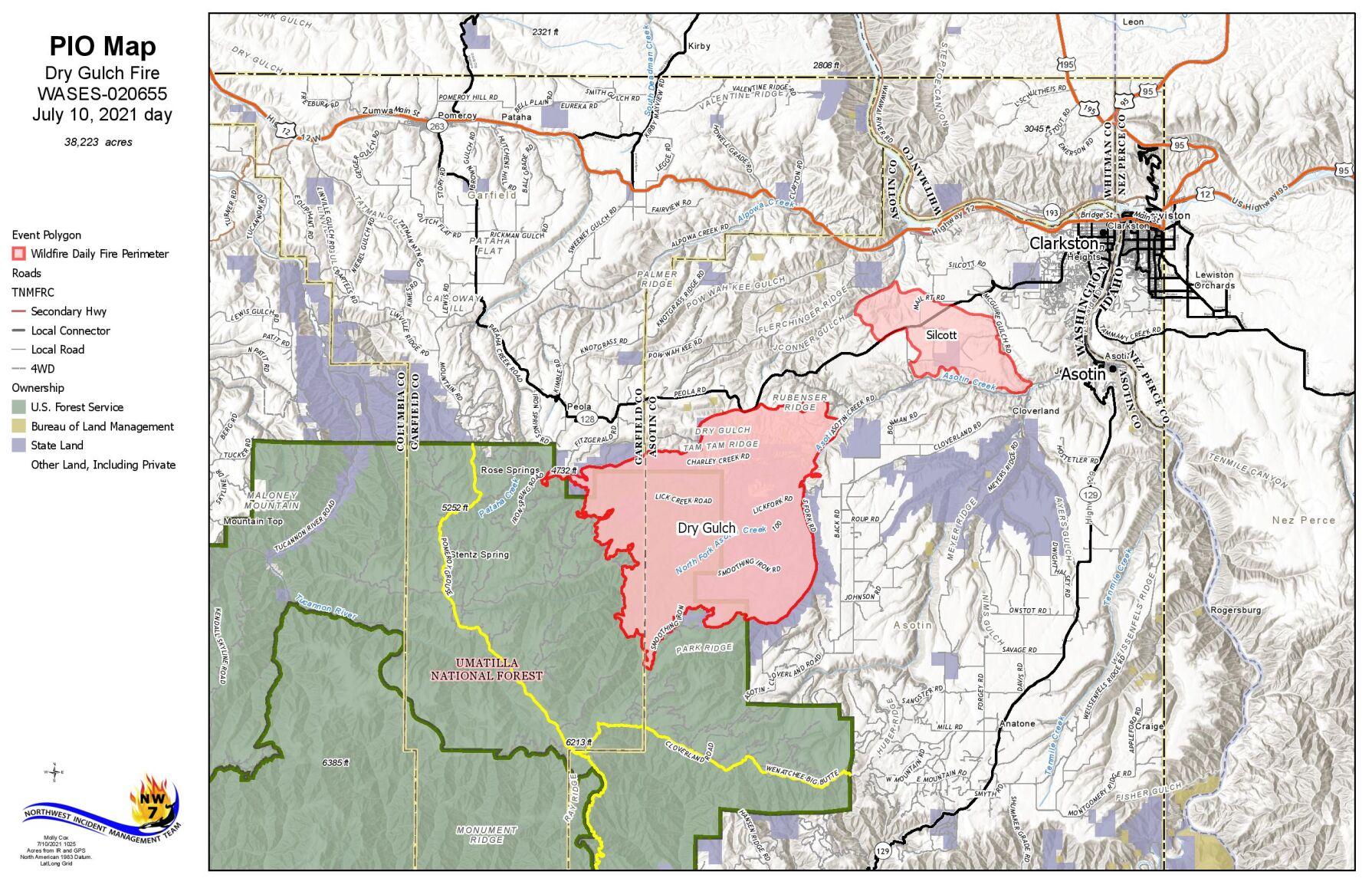 The Dry Gulch Fire grew more than 13,000 acres on Friday and is now an estimated 38,223 acres with 5% containment. All recent significant growth has been to the west and south as the fire moves into increasingly rugged terrain and heavy fuels. The fire has not moved significantly to the north and east in the past 24 hours.

With its continued spread to the south and west, firefighters are establishing protection measures for threatened structures. These measures can include installing sprinkler systems and removing adjacent fuels.

Current and forecasted weather remains unfavorable and fire spread is expected, with historically dry and hot conditions, and an unstable atmosphere favoring fire growth and spotting. Overnight, humidity levels remained extremely low allowing the fire to spread actively. These conditions have created an unprecedented potential for extreme fire spread and intensity. Winds today will be from the west and southwest which may result in increased fire behavior on the active western and southern edges of the fire.

CLARKSTON – On Saturday, July 10, fire officials provided another update on the Dry Gulch and Silcott Fires located southwest of Clarkston in Asotin County. As of 12:00pm Saturday, here is the most updated information we have received. Dry Gulch Fire The Dry Gulch Fire grew more than 13,000 acres on Friday and is now an estimated 38,223 acres with 5% containment.