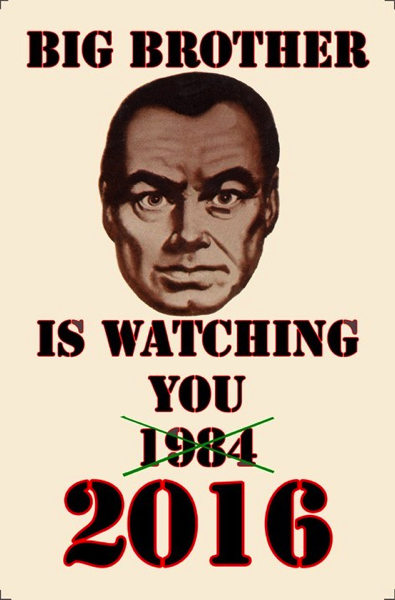 The Ninth Circut Court of Appeals rules that the government does not need a warrant to search your emails if you are emailing someone overseas who is already the target of an investigation.

Be careful what you say and to whom you say it, Americans. Big Brother is watching!

The Ninth Circuit Court of Appeals on Monday ruled against a constitutional plea made by Mohamed Osman Mohamud — a Somali-American who attempted as a teenager to detonate a fake car bomb supplied by undercover FBI agents during a Christmas tree lighting ceremony in Portland, Oregon, in 2010.

Since his conviction in January 2013, Mohamud has been fighting in court to challenge the government’s warrantless collection of his emails sent overseas. With support from the American Civil Liberties Union as an amicus, he contended that the Fourth Amendment should have protected his emails.

However, the panel of three Circuit judges disagreed — deciding that the government has the right under Section 702 of the Foreign Intelligence Surveillance Act to make use of American digital communications it obtains incidentally through its overseas surveillance programs, so long as the original target is a foreigner. Mohamud had “diminished” expectations of privacy when he hit send, knowing his correspondence would leave the country, the court said.

Under Section 702, the government doesn’t need to obtain a warrant, demonstrate probable cause, or be specific about exactly where and when the surveillance will take place. If the government can use communications from Americans collected under 702, even in narrow circumstances, it sets a precedent that could have lasting implications for their constitutional right to privacy in the digital age.