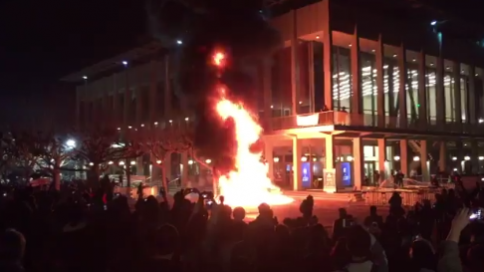 At the end of his statement, Dirks said he the school “encourage[s] those of you who wish to exercise your right to protest this event to review our standing suggestions regarding how to protest safely.”

Instead of protesting “safely,” protesters tore down barricades, destroyed buildings, and set the campus on fire:

Masked protestors just shot off fireworks and are tearing down fences at Berkeley. Milo inside. https://t.co/3SRNLjuTVn