The New York Post is reporting that Clinton used her personal server to send classified material in 2013, “months after stepping down as secretary of state.”

The email, which was obtained by the Republican National Committee through a Freedom of Information Act request, was heavily redacted upon its release by the State Department because it contains classified information.

The email from Clinton was sent from the email account — hrod17@clintonemail.com — associated with her private email server.

Here’s that Classified email. I guess I’m free to re-post since Hillary already posted it. 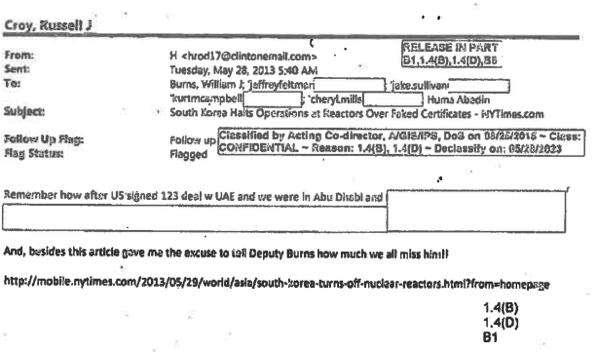