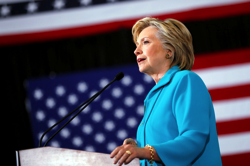 The FBI recently discovered an additional 15,000 emails from Hillary Clinton’s tenure as Secretary of State. Though a vast majority of those communications appear to be innocuous, a federal judge has ordered their release beginning on September 13th.

These emails are separate from the 55,000-plus pages of documentation Clinton campaign previously, and voluntarily, turned over to investigators earlier this year. The FBI and Department of Justice discovered this new batch while scouring Mrs. Clinton’s personal email server and turned them over to the State department which, by order of Judge James E. Boasberg of the Federal District Court, is required to set a timetable for their release. These were originally not expected to be published until at least mid-October.

“We are not sure what additional materials the Justice Department may have located,” Clinton campaign spokesman, Brian Fallon, told the New York Times earlier this week. “But if the State Department determines any of them to be work-related, then obviously we support those documents being released publicly as well.”