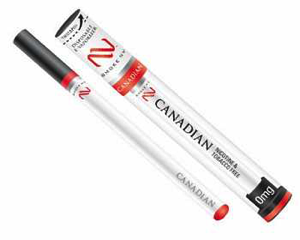 Go figure that one out. Nicotine-free e-liqs are tobacco products. Talk about government intelligence!

This week, responding to one of the lawsuits challenging its e-cigarette regulations, the Food and Drug Administration (FDA) further muddied the question of whether those regulations apply to products that do not contain tobacco-derived nicotine. The lawsuit, which was brought by Nicopure, a manufacturer of e-liquids and vaping systems, argues that such a result would be unfair, illogical, and illegal. In response, the FDA says Nicopure has failed to show that any of its nicotine-free liquids are actually covered by the regulations and therefore has no standing to challenge that aspect of the rules. At the same time, the FDA concedes that “e-liquids marketed as ‘nicotine-free’ may properly be considered tobacco products—or components or parts thereof—under certain circumstances.”

What circumstances are those? “Some e-liquids ‘claiming to be nicotine-free actually contain[] high levels of nicotine,” the FDA says, quoting its regulations. “Others are tobacco flavored, and are thus ‘made or derived from tobacco’ regardless of their nicotine content.”

That means a company like Nicopure cannot know ahead of time which of its products are covered by the regulations. It can only find out by asking the FDA about each one, a process that will carry its own costs, even if they do not rise to the hundreds of thousands or millions of dollars that each “premarket tobacco product application” is expected to cost. The FDA’s position is that Nicopure can’t challenge the potential regulation of its nicotine-free e-liquids because it does not know whether they will actually be regulated. Never mind that it doesn’t know because the FDA won’t say.