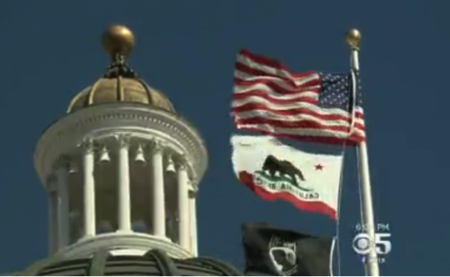 “It seems the California State government is bracing for an all out war with the Trump administration.”

The showdown over sanctuary city policies between California and the Trump administration continues to escalate.

After President Trump signed an executive order reinforcing current immigration regulations, politicians in our state’s government opted to counter that order by exploring ways to protect the non-citizens who are already here.

The cities and counties Trump is targeting have many tools to strike back. Among the most potent are high court decisions that have interpreted financial threats like the one Trump is now making as an unlawful intrusion on state’s rights.

…Democratic lawmakers in the state are trying to move fast to protect more vulnerable cities. Senate leader Kevin de Leon is championing a measure that would essentially make California a sanctuary state by prohibiting police anywhere within its borders from engaging in immigration law enforcement. Doing that could also give the state standing to sue the federal government as soon as it moves to punish a sanctuary city.

Another measure moving in the state Legislature would provide lawyers to immigrants detained by federal agents, which would force federal authorities to redirect enforcement resources to litigating tedious hearings. Lawmakers are also looking at banning federal agents from raiding workplaces and homes in search of people here illegally unless they have a warrant for a particular person. It’s a policy the administration could choose to ignore, but doing so would invite its own slog in court.